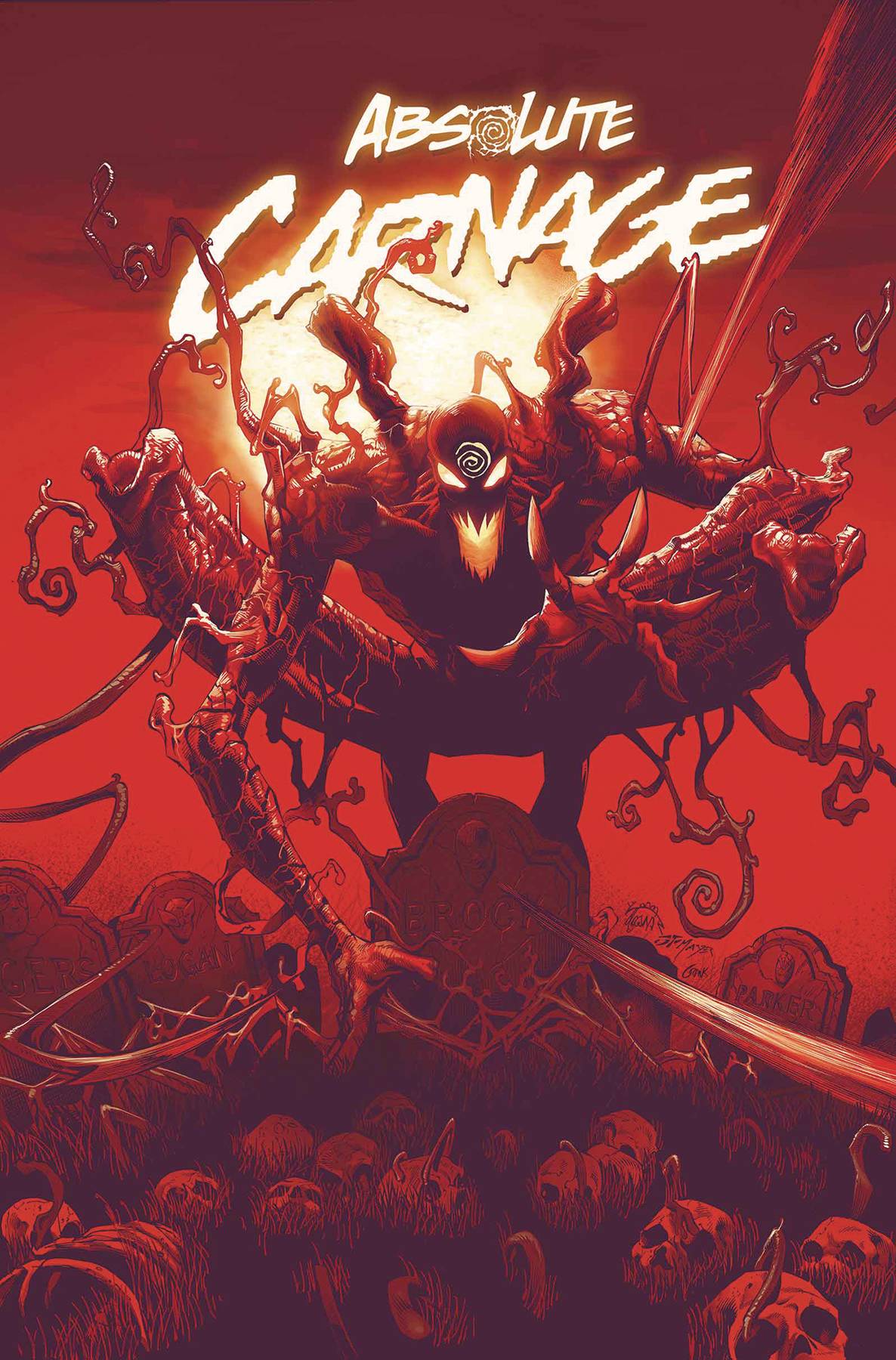 Paint the town red…blood red! Carnage, the psychotic offspring of Venom, has returned – and he plans to slaughter everyone who’s ever worn a symbiote! Cletus Kasady has skirted the periphery of the Marvel Universe for months, but now he stands poised to make his grand return to New York – and he’s more powerful than ever! To make matters worse, a new player is on the board, and it’s not who you’d expect! Spider-Man and Venom must face down Carnage’s madness, but things aren’t looking good. Barely able to escape with their lives, the uneasy allies have no choice but to drag a slew of other heroes into Carnage’s crosshairs. And the hard truth is that not everybody will make it out of this conflict in one piece…if they make it out at all! Collecting ABSOLUTE CARNAGE #1-5. Rated T+