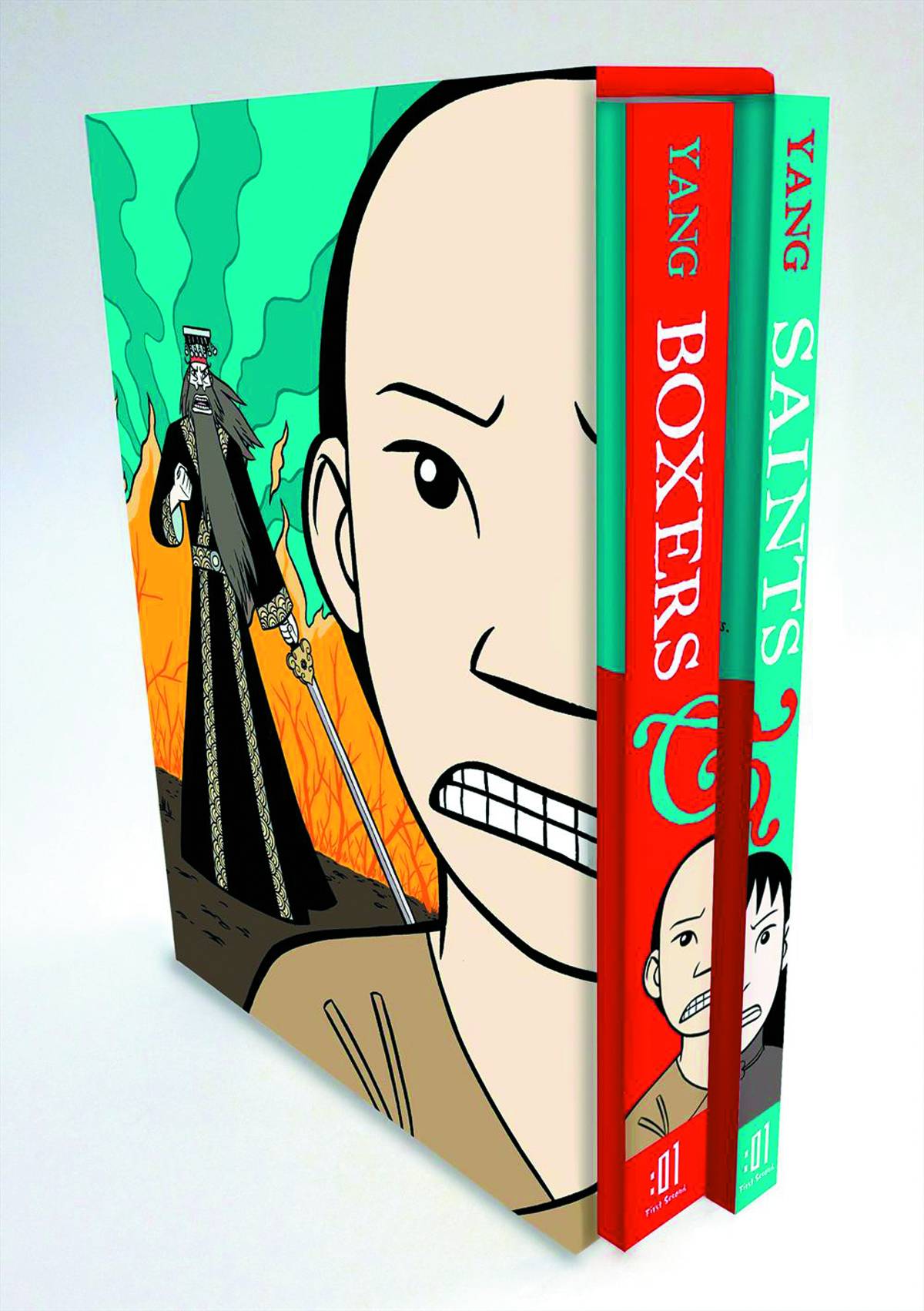 In two volumes, Boxers & Saints tells two parallel stories. Boxers follows Little Bao, whose village is plundered by Western missionaries. Inspired by visions of the Chinese gods, he joins a violent uprising against the Western interlopers. In Saints, Yang lays out the opposite side of the conflict. A girl whose village has no place for her is taken in by Christian missionaries and finds a home with them. As the Boxer Rebellion gains momentum, Vibiana must choose between her country and her faith. Boxers & Saints offers a penetrating insight into not only one of the most controversial episodes of modern Chinese history, but into the very core of our human nature.