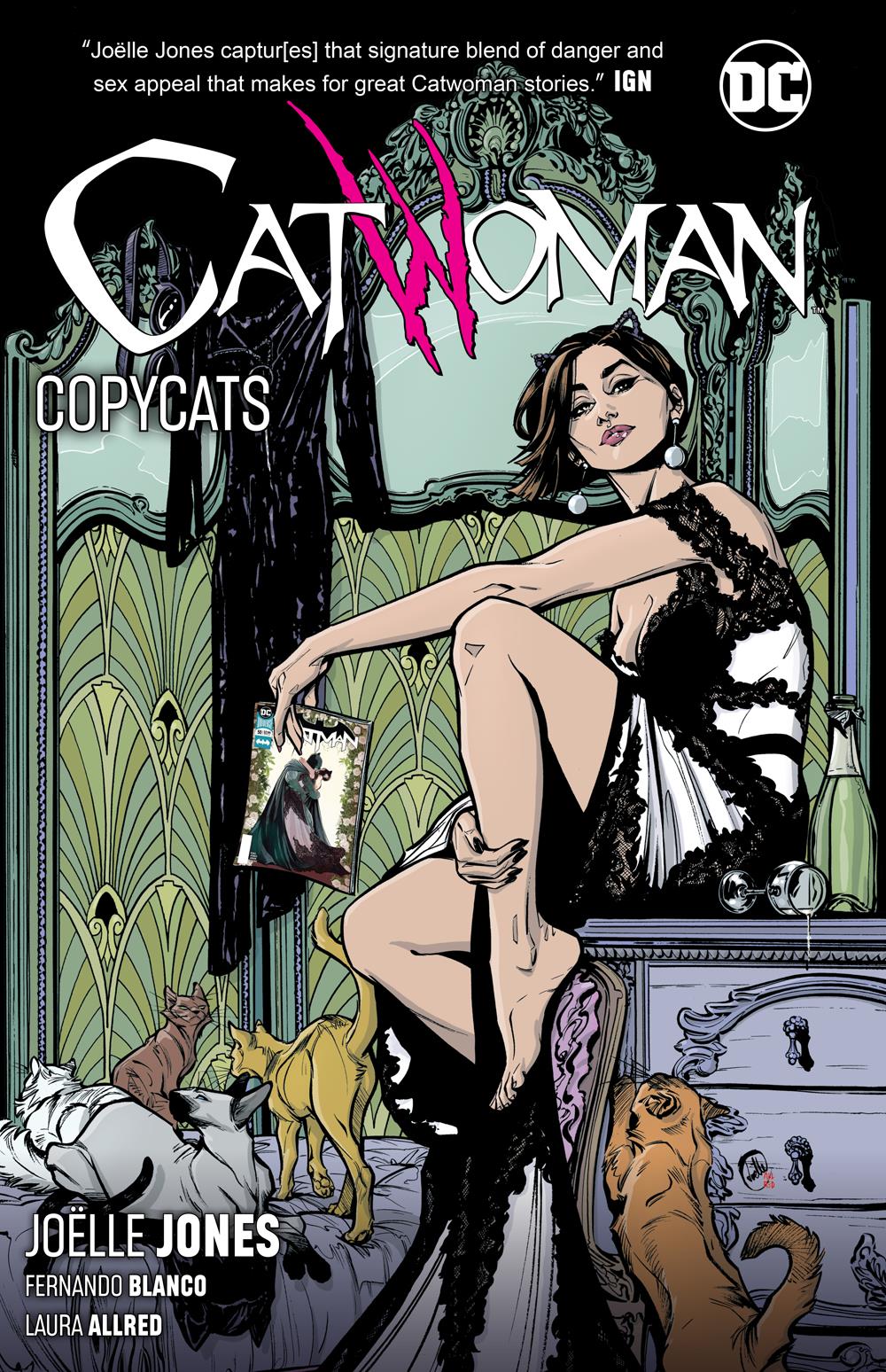 Coming off of the wedding of the century to Batman, Selina Kyle stars in an all-new solo series written and illustrated by Eisner Award nominee Jo lle Jones! The wedding night’s barely over, but Catwoman’s back on the streets, this time to expose a copycat who’s pulling heists around Gotham City. As Selina cracks the whip on her former criminal cohorts, she’s attracting unwanted attention from one of Gotham’s most dangerous groups. The mob? Nope. Try the GCPD. And as if the Bat-Bride didn’t have enough problems, don’t miss the debut of an all-new villain determined to make trouble for all nine of Selina’s lives. Fresh off of her run on Batman with superstar writer Tom King, creator Jo lle Jones writes and illustrates this dynamic new series. Collects issues #1-6.