By Tyrone Burns
(The thought’s below are Tyrone’s and may not represent Greenlight Comics)
5. Batman: The Cult
Written by Jim Starlin and Illustrated by Bernie Wrightson

To be honest when I first picked up Batman: The Cult, I didn’t know what to expect. I had just started to get into comics and Batman was my comfort zone.
That place of refuge disappears the minute you start reading this novel.

Deacon Blackfire is introduced as the main villain of this story and it’s easy to take this guy for granted. At first he seems just like a crazy nutjob with visions of grandeur. But he is dangerous as he is clever, easily able to manipulate and brainwash the vulnerable.

What makes this comic one of my favorites is that it takes Batman to a place I never thought his comics would. After his parents died Bruce trained his mind and body to deal with any circumstance that may arise… Or so he thought.
As you dive into this novel you will see a Batman so broken it is startling. I started to question whether Batman/Bruce would ever come out of this… or if it was even possible. Deacon Blackfire Destroys Bruce’s mind way beyond a point any other villain has been able to. Even The Court of Owls psychological fight on Batman’s mind is tame compared to this.
It’s uncomfortable, disturbing, alarming and I love it.

The fact it has famous horror artist Bernie Wrightson doing the illustrating helps bring each page more to life.
If you like psychological horror, I highly recommend this.

It’s one of the most successful graphic novels of all time and that makes me think of one thing… wow us humans love reading disturbing material!

Batman is called in to stop a riot at Arkham Asylum, a mental hospital designed to hold and ‘help’ the most dangerous criminals of Gotham. Within each of the walls holds a story, a past that will forever leave its mark on those who enter.
Batman: Arkham Asylum takes us through the origins of the hospital and its owner Amadeus Arkham. What motivated him to want to help the most violent of Gotham?
As we delve deeper into the story one thing is clear… Gotham has a whole different breed of criminals.. one’s that have done things so sick and distressing that after reading about them… you may want to leave your light on as you sleep.

In a way Amadeus has the same dilemma as Batman. They both want to stop criminals. Amadeus believes any Criminal can (with proper help) be rehabilitated. With Batman though, he just wants these people looked up and by the end of this novel, you may want to side with Batman.

Each pages art shows such talent. You feel like your in a dream.. a nightmare, trying to grasp what everything means and how everything pieces together.
By the end you may have a new found respect for Batman. He doesn’t give up, no matter how disturbing things get and in Arkham Asylum things do get very very disturbing.

3.Batman: The Long Halloween
Written by Jeph Loeb and Illustrated by Tim Sale

If you are a big fan of The Dark Knight movie, you may be surprised to learn that Batman: The Long Halloween was one of the biggest inspirations for that story. Namely the Dent/Batman/Gordon Trinity and Dent’s/Two Face’s origin story.

Batman has always been known as ‘The World’s Greatest Detective’ and no Batman story exemplifies that more than Batman: The Long Halloween. It’s based early in Batman’s career and thus we get to see how many relationships started between Batman and some of his rogues gallery.

It is a who did it mystery that is focused on a serial killer named Holiday. He kills once a month, on… you guessed it Holidays and his target seems to be Gotham’s mobsters and corrupt officials. Batman must work with Gordon and Dent to try and catch Holiday before he murders again.

What engaged me so much with the story was how well everything was put together. It is smooth, witty and brilliant. You may end up suspecting everyone of being the killer. Like any good mystery, the clues are all there, it lets you ask all the right questions and yet by the time you get to the last page you’re in shock of the answer. I remember thinking “no it can’t be true” as the name of Holiday was revealed.
Jeph Loeb has a history of writing good mysteries and to me, Batman: The Long Halloween is his best.
If you are left wanting more after, never fear.. the book got a sequel of equal excellence: Dark Victory.
2.Batman: Year One
Written by Frank Miller and Illustrated by David Mazzucchelli

If there is one Batman comic everyone needs in their collection it is Batman: Year One.

This is just as much Jim’s story as Bruce’s, if not more so. It doesn’t take Jim long to realise that Gotham’s crime problems start from the top including the Mayor and GCPD’s own Commissioner Gillian. B. Loeb.
Both Jim and Bruce/Batman start their careers as hopefuls, but it doesn’t take them more than a couple of days to realise they underestimated how easy it would be to ‘fix’ the city. It seem’s everyone benefits from the corruption in Gotham except the true and honest which Gotham is very few of.

What makes the comic stand so high is it’s brilliant storytelling. Jim is the Batman within the law and we see his thinking evolve so that by the end of the novel even he starts to see that Gotham needs a myth.. someone who criminals can’t bargain with, can’t manipulate and can’t understand.

Bruce is by no means the confident, unstoppable Batman we know. He has a lot of learning to do and that is what makes his arc so good. We see him fail and make mistakes. But it is his conviction not to give up and his realisation that fear is a weapon to not be undervalued, that helps us as readers understand why a man would fight crime dressed up at a bat.

When I first finished the book and it came to a close I wanted to clap. it set everything in motion, no time before Batman: Year One was the Batman Universe so well understood. We get it now.

Batman: Year One is one of those comics that gets better with every read and it won’t be long before I give it another look through.

1. Batman: The Black Mirror
Written by Scott Snyder and Illustrated by Francesco Francavilla

This book stands out for a number of reasons compared to the others in my top 5.
First it was only written in the last 5 years.
Secondly Bruce isn’t Batman in the story… nope, it’s Dick Grayson (Nightwing). Bruce is busy setting up other things.

If you have read any new Batman comics in the last five years than it is likely you have read and/or heard of Scott Snyder. His respect, knowledge and understanding of Batman to me is unparalleled. Scott knows how to change Batman, how to challenge Batman and ultimately Scott knows how to beat Batman.
It is why I enjoy every time a new Batman Story by Snyder comes out. I get some quiet time.. find a place to sit and I just read.

What makes The Black Mirror stand out as my favorite Scott Snyder comic however is that it contains many genres and yet it doesn’t fail in any. It is to me a jack of all trades and a master of all.
A mystery, a horror, a story of family and a story of redemption.

James Gordon Jr is back in Gotham and his sister is not at all happy about it.
Barbara remembers James and her as children and she remembers James having some serious problems. She believes James is a Killer.
Can James redeem himself? Can Barbara forgive him?
As you read through you will be questioning James too, is he different? Is he a killer?
His Father hopes the best, Jim remembers a few things too but he hopes things have changed and the things that had happened he prays were just a coincidence.
There is something big happening in Gotham but it is unclear at first exactly what’s going on.

Dick Grayson finds it tough being Batman. He can’t seem to make it his own and its made worse by the fact he is living in The Wayne Tower.
I liked Grayson in this though, he was the perfect one for this story, no doubt.

I don’t want to reveal to much of the story so I will just conclude with a little love letter.

I was on the edge of my seat more with Batman: The Black Mirror than with any other comic book I have read. The story is personal to every character in it.  It is a psychological thriller, one that makes you think long after you put the book down. Micheal Cane’s Alfred famously said “Some people just want to watch the world burn” and that is no more true than it is in Batman: The Black Mirror 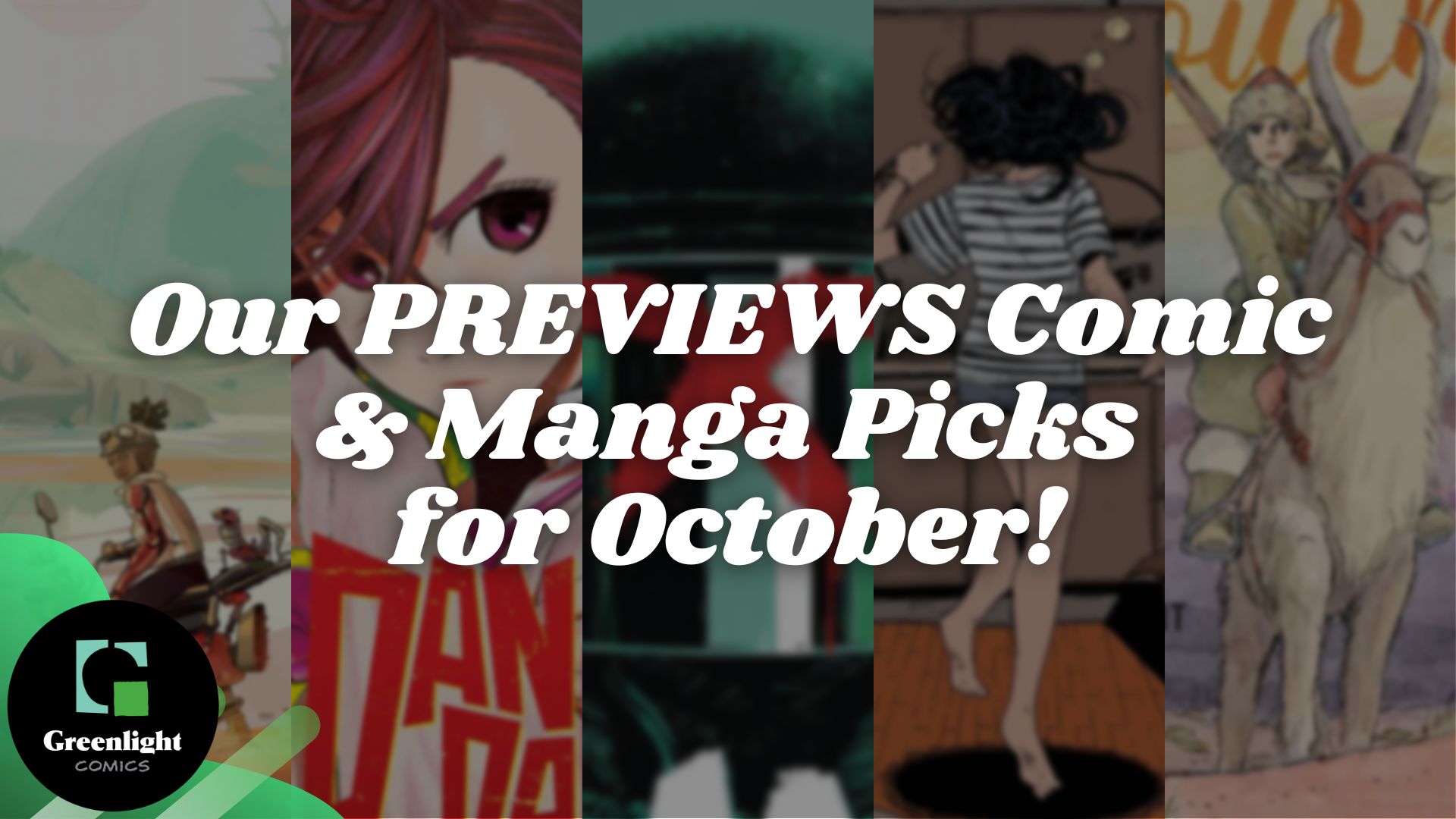 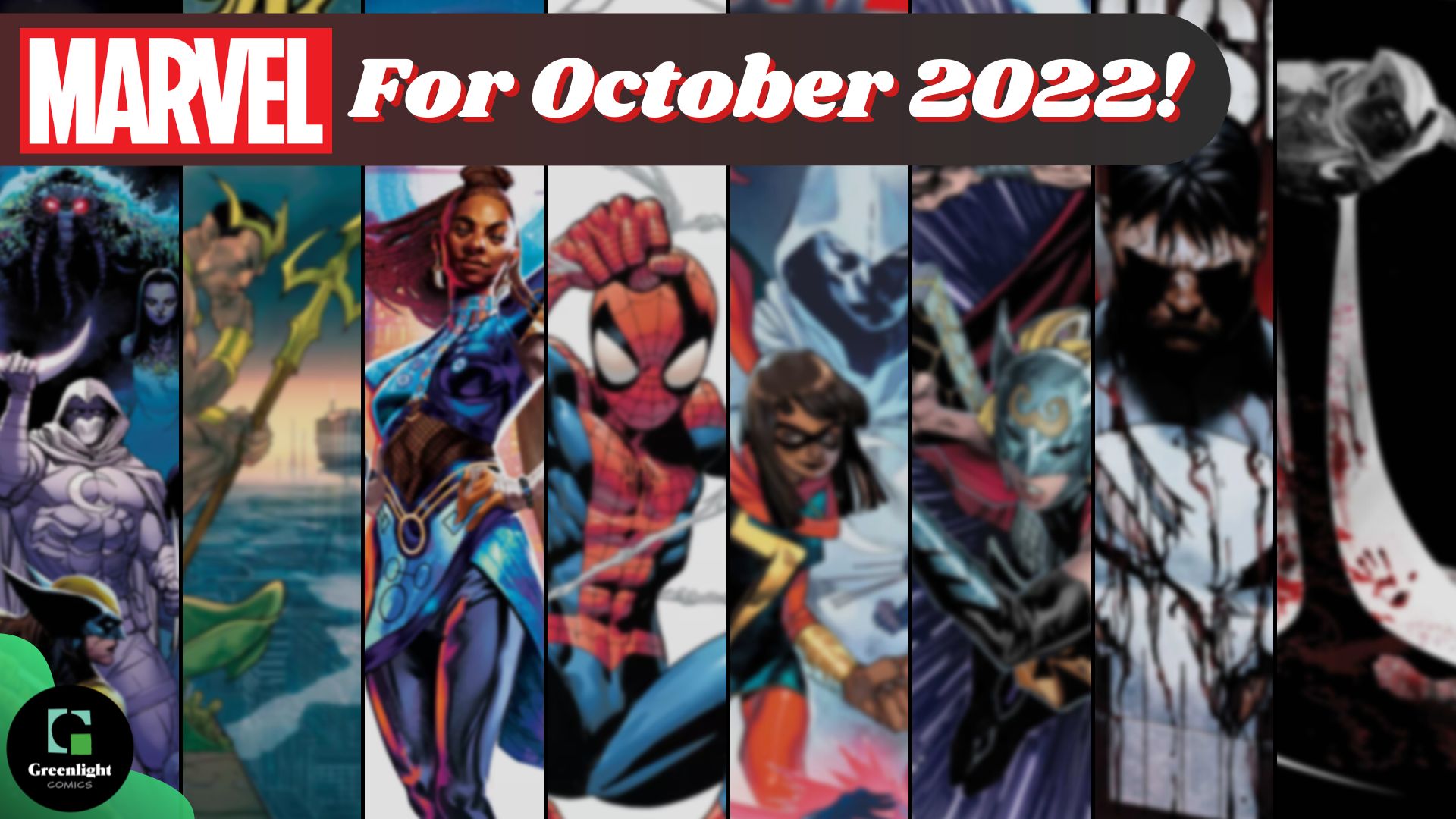 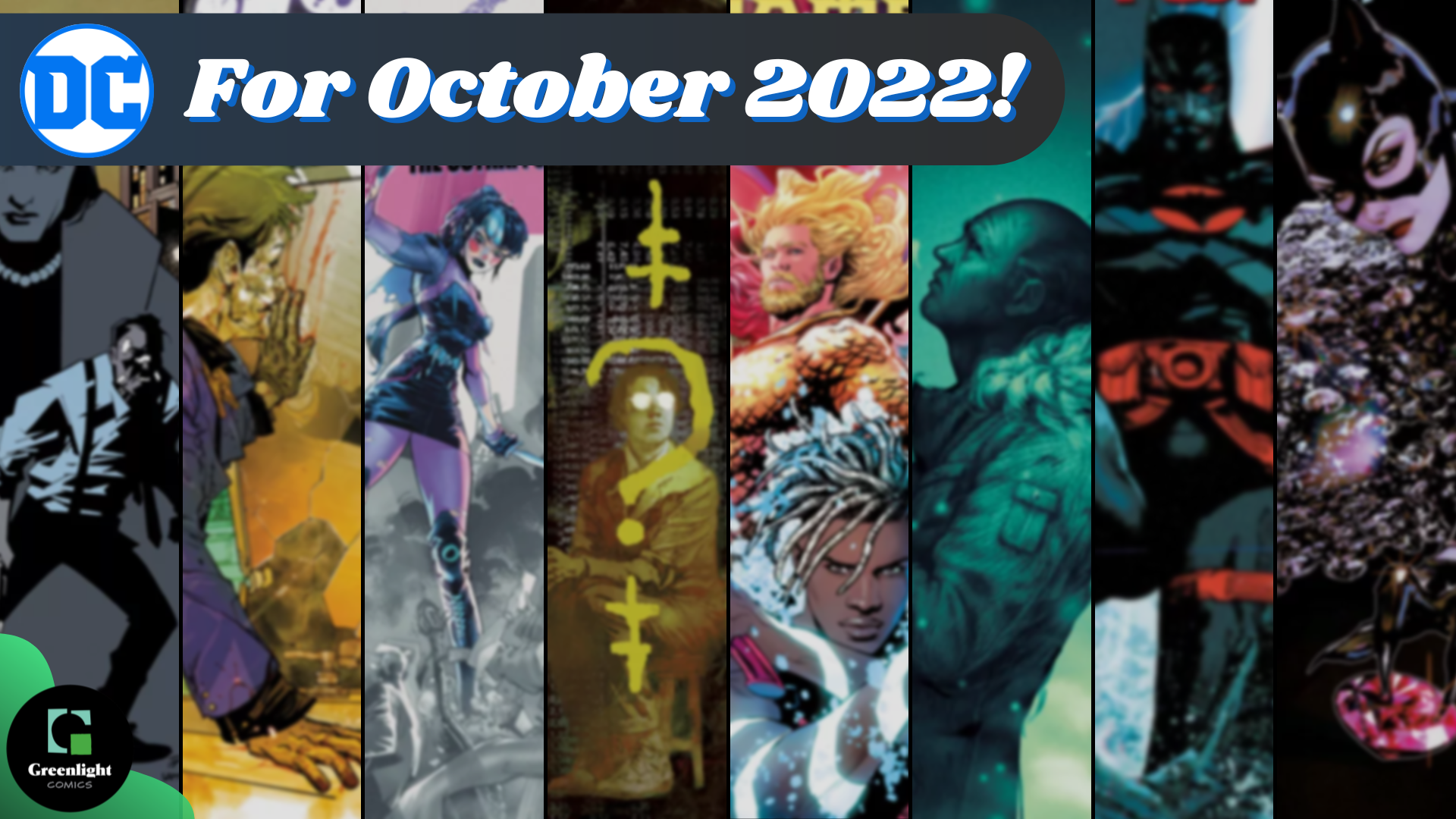 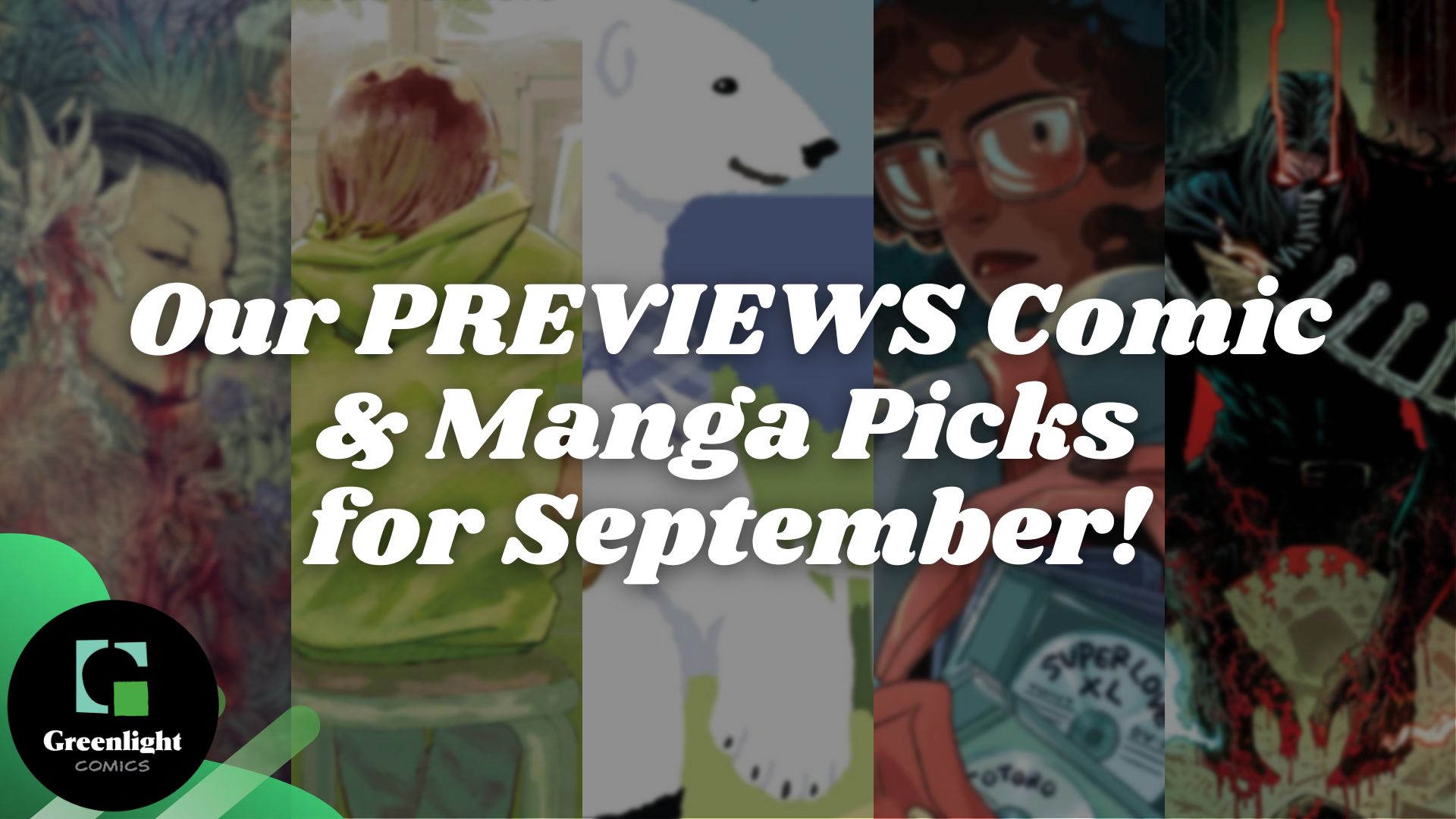